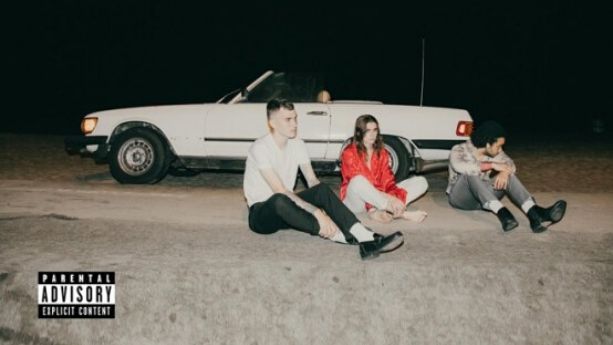 American alternative rock music extraordinaire's PVRIS are already known for their incredible music and breathtaking performances, releasing their first album in 2014 and instantly kick-starting their career. Vocalist Lynn Gunn has also become one of the most prominent voices for the LGBTQ community, and they just keep getting better. After a long wait, the gifted trio have released a 5 track EP, Hallucinations. Despite this not being a full album release, it's packed with intense spirit and it definitely doesn't disappoint.


Within 30 seconds of listening to the first track Hallucinations, it was obvious to me this was to be a true experience of audio aesthetic chills. PVRIS have maintained their unique, distinguishable style recognisable from their earlier releases, whilst still switching things up to create something completely new. Providing a simple melody; paired with Lynn's soft yet powerful vocals, a sense of familiarity instantly rises for any previous fans of the band. However, the Hallucinations EP has a slightly edgier sound. Rhythm and bass guitars along with a slightly raised vocal pitch generates an upbeat, feel-good vibe. Switching back and forth throughout the song, it works incredibly to invoke emotion, setting the tone for the entire release.

Death of Me is the third song on the EP and it's also one of the liveliest alongside track two, Nightmare. Introducing a loud, catchy beat from the get-go, it perfectly compliments increasingly energetic vocals with a tense ascendancy. Followed by Things Are Better, the mood shifts dramatically, highlighted by vocal-led, slower harmonious melodies, keeping instruments to a minimum. Lynn Gunn truly takes advantage of this and explores the full scale of her capabilities beautifully, almost guaranteed to cause frission to those listening.

The final song Old Wounds is the most similar to classic PVRIS, with a darker, more somber, melancholy tone. Lynn revealed this song was written at the same time as Nightmare around 3 years ago, and both tracks were inspired by the same person. Charmingly contrasting one another with alternative perspectives, each develops a story within. Distinct passion and raw sentiment shines through every aspect; from the carefully-crafted drum-heavy beat, to the flawless, compelling vocals. Undoubtedly, PVRIS' combined talent and energy has consumed this EP and deserves some serious recognition.