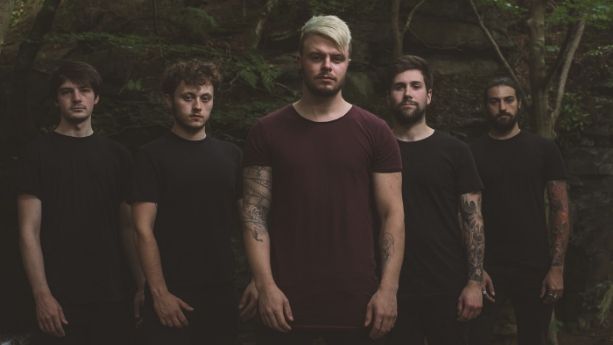 Five-piece Derby born band Bury The Traitor breathe metalcore with an intricate sophistication present throughout. Their latest EP Ascend To Clarity speaks volumes, both metaphorically and physically. Containing emotional tracks, it's clear that their determination, motivation and passion shines through with everything they do. Despite their British metalcore label, the boys are appealing to whole contrasting ranges of music fans on the scene, bringing people together through sound and vibration.

"We finished recording ‘Ascend to Clarity’ in February 2018, so we have been sat on the release for some time. The excitement to finally put it out is overwhelming. To coincide with the release, we have had new logos made and new videos; it’s been a lot of work and even harder knowing it won't be released for a while, but the wait will be more than worth it! Hopefully not just for us but our fans too." - Bury The Traitor


Opening track Embers gently eases you into the EP with a particular elegance that usually appears somewhat rare in fresher, modern bands. Starting with a simple guitar riff, I personally noticed similarities to the beginning of a few tracks from Bring Me The Horizon's Sempiternal album. Slowly but surely building up to heavier, fuller harmonics, it unleashes a deeper sinister vibe, before finally hitting hard with loud, intense screams, preparing for the raging, spirited songs coming up.

Season to Burn boasts a well-balanced range of both screams and clean-cut vocals, polished with complex beats and heavy breakdowns. Engaging riffs and melodies are strategically structured into the piece, creating a hypnotising connection drawing you in closer to the music. Throughout the EP; particularly in tracks such as Lion vs. Wolf, A.S.I.F. and Heads Down, Thumps Up, striking nostalgic melodies make common appearances. This familiar edginess not too dissimilar to the likes of Andy Black and classic Paramore, paired with perfectly timed build ups and compelling breakdowns collides straight into your emotions without a doubt.

When Lust Dethrones Loyalty is the final track on the EP and also the longest. Despite the record length, it's sectioned well, flowing together richly for a more wholesome audio experience. With resonant guitars, strong drums and fiery, intense vocals, Bury The Traitor have truly earned their place in the British metalcore scene. Upon listening to Ascend To Clarity, its clear that they're bursting with potential, and they're only just getting started.

You can purchase a copy of Ascend To Clarity by clicking here.

Want to see your band featured next?
Contact me via email for consideration!
Posted by Shann Greenway at 20:18:00
Email ThisBlogThis!Share to TwitterShare to FacebookShare to Pinterest
Labels: album review, ep review, Featured, music